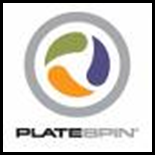 I recently had the opportunity to dust off and use PlateSpin’s PowerConvert from my P2V bag of tricks.  Since VMware released it’s new VMware Convertor 3, it has been my tool of choice for converting physical to virtual machines for customers in the field.  I’ve developed a good routine for P2Ving the machines, cleaning them up post conversation with some scripts and cutting them over from the physical.  This usually involved leaving some transient data behind during hot conversions or scheduling some downtime during cold conversations.

Enter my client’s monstrous file server candidate.  Topping the scales at 600+ GBs, our dry runs gave us an estimate of about 18 – 20 hours of downtime to perform the cold conversion and capture all the data.  Rather than spend my weekend in the office, we opted to purchase a single migration license from Novell for the PlateSpin Migration product (formerly PowerConvert).  Migrate has the ability to initiate the P2V process while the system is up and running and servicing clients while tracking all changes and sending them along until it can cut the machine over with minimal downtime (less than 30 minutes).  The downtime occurs while Migrate powers down the source machine, modifies the new VM’s networking properties and reboots it for final cutover.

So $200 bucks vs. Free : Here are some of the things that make you want to spend the money.

One thing I wish Migrate had was the ability to schedule the cutover window. (Track changes until 6pm and then do the cutover).  This would allow me to properly schedule the outage window and BE THERE. 🙂

It will be interesting to see how many of these features will end up in the free VMware Convertor 4 and how Migrate will continue to provide unique features for customers to justify its purchase.