Citrix has released a new whitepaper detailing some best practices when upgrading the Virtual Desktop Agent (VDA).  Nothing too earth shattering in this paper though.  Take good backups, Test, Test, Test and don’t try to upgrade the agents through RDP, ICA or actual XenDesktop Sessions.

For Provisioned Environments, (Citrix Provisioning Services), it is recommended that of course 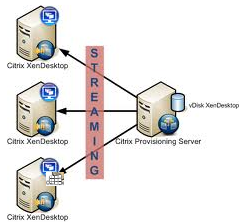 you put the image in Private Mode (Otherwise, you’ll be upgrading it every time you reboot!).  All sound recommendations but mostly common sense approaches to upgrading in general.  You can read the whitepaper in its entirety here :

On the subject of Citrix Provisioning Services and XenDesktop, I wish they would create a central console that would enable a more unified view of the environment.  As implied by the whitepaper, it is very typical for a XenDesktop environment to use Provisioning Services to stream a master image to a pooled group of XenDesktop machines but each product’s visibility ends at their respective consoles.  Upgrading the VDA is a prime example where extracting and presenting the VDA version information from the vDisks and machines within the Provisioning Services Console would be supremely helpful.  Additional cross product information would also be great such as indications within the XenDesktop console if a machine is being streamed and the relevant vDisk information.

I’m sure it is on some road map on some product manager’s desk but I just wish it was here now.