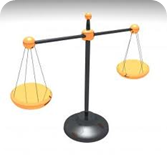 With all the changes coming toward the end of the year, this is probably a good time for customers to start looking at whether Enterprise Plus is a good option for them in the future.

You can refer to this link from VMware for a full breakdown of the editions:
http://www.vmware.com/vmwarestore/vsphere_purchaseoptions.html (List prices as well)

If you clicked the link, you may also notice that Advanced is now gone.  If you had a vSphere 4 Advanced license, you now have a vSphere 5 Enterprise license. (Congrats!)

In the past, I wasn’t too impressed with the additional technical features of the ‘Plus’ edition but with the release of vSphere 5, they have put some of the more cool features in the Plus version and I expect to see it a lot more in the field now.

Storage DRS:
This is perhaps my favorite feature of vSphere 5.  Much like DRS which could automate the distribution of CPU and RAM resources via system initiated vMotions, Storage DRS will automate the distribution of Storage resources via system initiated Storage vMotions.  It will attempt to baseline IO requirements and move VMs to stay within those baselines.  It will also be on guard to make sure space doesn’t run out on an datastore.  This includes intelligent placement of VMs on datastores during creation.   Storage DRS will require Enterprise Plus.

Auto Deploy:
In my mind, this is similar to Citrix Provisioning Streaming Services.  The ability to PXE boot a machine, have it connect to vCenter and stream down the ESX Operating System to the hardware.  For all this to work, vSphere will leverage Host Profiles to complete the configuration once the base machine boots up.  Should make deployment, Patching and scaling pretty painless.

I/O Control
Both Storage and Network control will be available only in Enterprise Plus.  These features will allow companies to better define and ensure Virtual Machine resources based on business needs and SLAs.

These are some of the new changes in vSphere 5 that might make a company re-evaluate their current licensing edition needs.