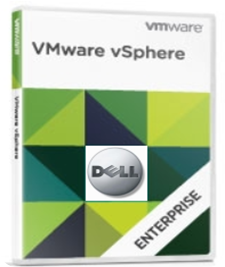 Here is a topic that has recently come up for me at a few clients so I figured I would just jot some notes down on the subject.  Should I use VMware’s ESXi installer or a Vendor’s Custom Built ESXi ISO?

Depending on the hardware platform you are using, you might have 2 options for installing VMware.

The first one (and most obvious) is using the latest ISO provided by VMware.  This ISO will have the latest VMware supported code on it including the most recent drivers, hotfixes, etc on it.  Most times this is the CD flavor you are going to use when installing vSphere on your hardware.

Second on the list is an OEM specific version of ESXi.  HP, Dell and Cisco UCS (among others I am sure), make specific custom built versions of ESXi which can be used to install VMware onto their respective hardware platforms.  These custom versions typically have not only all the latest drivers, but also an extended set of hardware support from the vendor already baked into the ISO that might not be in the VMware version.  No need to track down drivers, create packages or anything else to get ESXi working correctly.

Historically, I have steered clear of these versions.  Not that there is anything wrong with them per se, I just deemed it as an unnecessary step and possible complication for future operations.  After all, future updates to ESXi would come from VMware via Update Manager so if you didn’t need a different version, why chance the deviation?  Most times, I am working with mainstream hardware models and the stock vanilla install works just fine.

Recently, I ran across a situation where the VMware provided ISO did not work.  I was installing vSphere 5.5 on an older Dell R710.  Pretty old hardware but still in support and not quite ready to put out to pasture.  After upgrading all firmware, I tried to upgrade from the current version of 4.0 to 5.5 using the vanilla ESXi and Update Manager.  No good.  The install went fine but the hostd process just kept crashing.  In an effort to rule out a busted installation via Update Manager, I went with a clean install via VMware’s ISO.  Still no good.  Same scenario as before.  At that point, I downloaded and used the Dell Custom ISO and everything worked fine.  System installed, all appropriate drivers activated and the system connected to vCenter.  +1 for the Dell Custom ISO in this scenario.  As a test, I also imported the Custom Dell ISO into Update Manager and tried an upgrade with that but it still didn’t work.  I was forced to wipe the servers and install fresh.  No big deal and no looking back anymore.

My bottom line: 9 times out of 10, I’ll probably still use the vanilla vSphere ISO and if there is an issue, I’ll hunt down an OEM image.