Home Protection from Power outages (Sort of) with the BGE70.

So June is the official start of Hurricane season down here in Florida.   This is basically when it rains every day like clockwork from 4pm to 5:30.  Unfortunately with the rain usually comes heavy lightning and more recently (in my new neighborhood), power outages.  They last just a few seconds but due to my heavy investment in IOT and home automation, create absolute havoc for my house.  Basically when there was a power blip in the house, all the smart lights would immediately turn on to full brightness when the power was restored and all devices would start rebooting.  Since the Cable Modem takes the longest to reboot, most of the hubs would be back up before it and complain about not having internet access and end up in some weird state where they would need one more reboot.  My quick solution for the time being is a $35 buck UPS (APC Back-UPS Connect UPS Battery Backup).  Pretty standard stuff I guess but I found this niche one that is specifically created for home networking gear.  It doesn’t support three prong devices and is created to specifically protect your cable modem and other internet infrastructure that typically has two prongs.  Apparently this allows a smaller battery and much longer runtimes off it in contrast to it’s traditional three prong siblings. 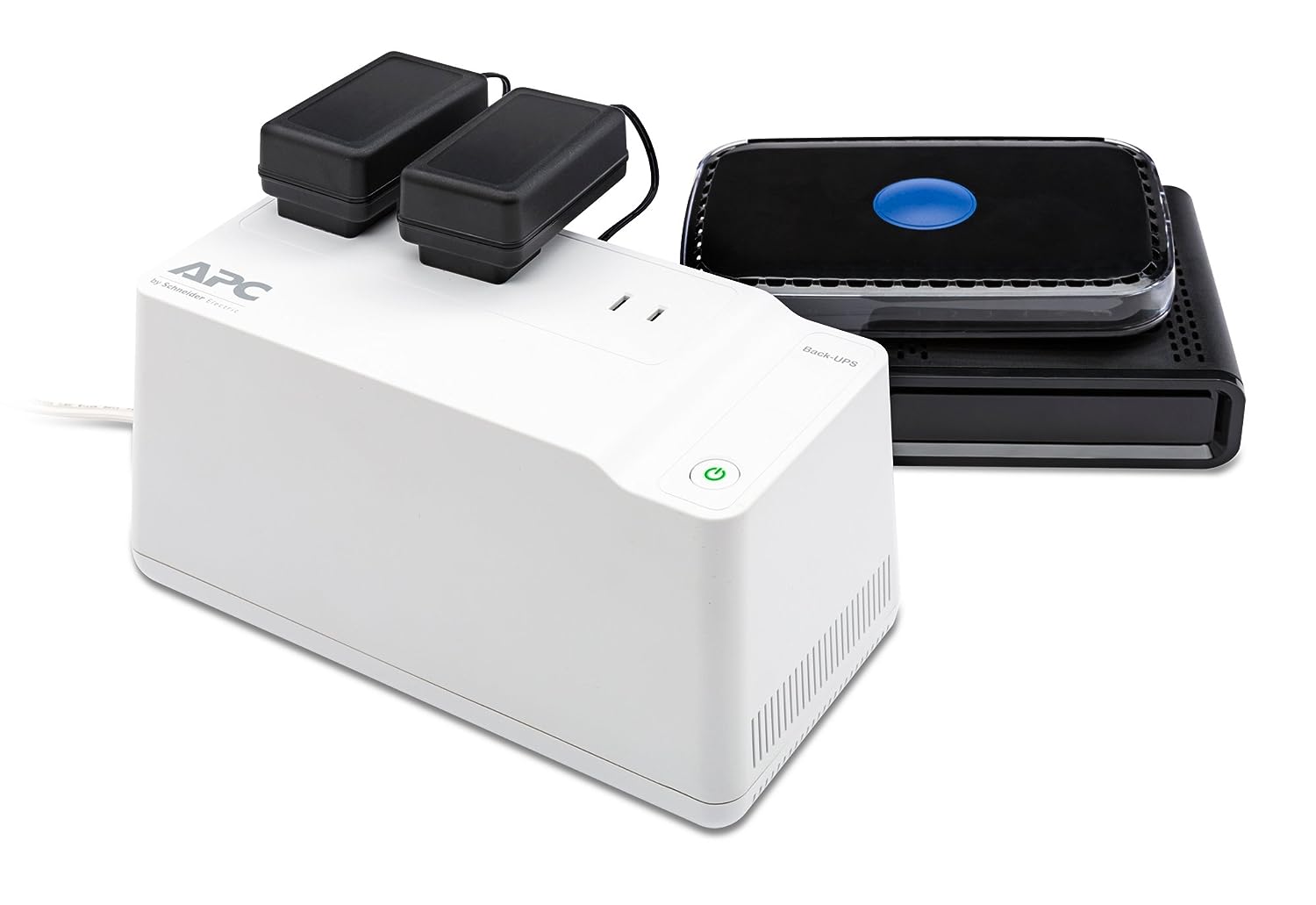 Click the Picture for the link to the device.

For me and my situation, I decided to just connect the Cable Modem, a Network switch and my Home Assistant Raspberry Pi to it.   This will keep the internet connection alive in the house (assuming upstream cable company equipment isn’t affected) and my home automation software running.   Everything else (hubs, switches, lights, controllers) can reboot and come back on their own.  Since the Home Automation server is also protected, I should be able to write some logic on it to detect when these power events happen and adjust the house accordingly.
(Middle of the night == Turn all the lights back off; Evening with us home == Turn off MOST of them)

Eventually I will get around to writing about my home automation software (powered by Home Assistant) but for now, if you want to know more about it, check out my Github repo and associated descriptions within it.

P.S. The other great thing about this UPS is it only beeps ONCE when the power goes off.  It doesn’t continually whine about being on battery power like other Battery Backup devices I have owned in the past.