So I love #IOT and today Amazon announced a bunch of new Amazon Echo devices!

Here are the things I thought were interesting : 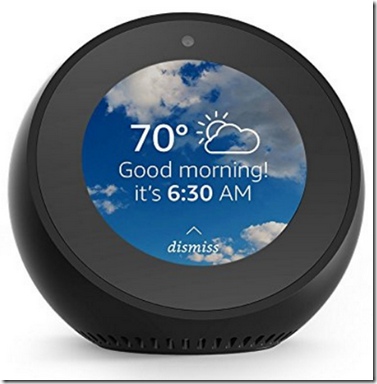 The spot is a $130 buck Amazon Echo disguised as an alarm clock.  It has a video screen for video calling and of course, time, weather and various video skills like my Morning briefing.  I like this product.  I think I am definitely getting one for the bedroom.  Currently we have the Tap in the there but I could see moving that into the master bathroom or maybe the garage.  It’s weird though, I do wish the spot came with some physical buttons on it so that in the morning, you could just press a button on it to silence the alarm (like a normal alarm clock).  Saying “Alexa, Snooze” isn’t always effective around a sleeping spouse.   I haven’t seen the back of the device so maybe it’s there and I just don’t know it.   In any event, Amazon is also releasing BUTTONS! 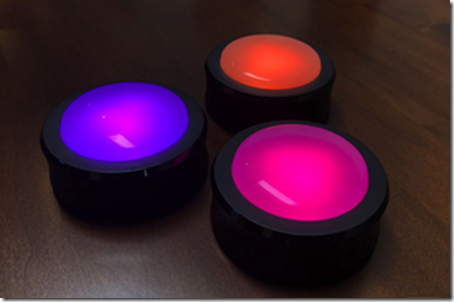 They are called trivia buttons and they will pair with Amazon Echoes, (presumably over Bluetooth) and allow for physical interaction with an Echo.  In my scenario above, this would be great to snooze or silence an alarm from the Spot.

The buttons will be great for Alexa based trivia games that the family can play together and buzz in.  At 20 bucks for a 2 pack, I think these will be big winners.  I can also see using them to turn lights on and off and other things like that around the smart home.  A comparable button from Flic.io is 35 bucks so this will probably be the best game in town as far as Smart Home buttons.

The last item I found interesting is the Echo Plus.  This is geared for people just getting into home automation.  It’s just like a normal Alexa but has a built in Smart Home hub (Zigbee to be exact).  This will allow you to purchase the Echo Plus and some Hue light bulbs and be off and running.  No need to purchase a separate Hue hub.  The Alexa will talk directly to the lightbulbs for you.  This seems like a clear winner for anyone wanting to centralize the amount of hubs in the house from various vendors.  I’m hoping when the tear-down happens, there are actually ZWave antennas in there as well.   I expect to see Amazon branded smart light bulbs soon!  Since it is a Zigbee implementation,  cheaper Ikea Tradfri bulbs might an option as well.  Amazon’s massive scale and size might also attract other smaller vendors to adjust and adhere to whatever Zigbee standard the Echo ends up using. 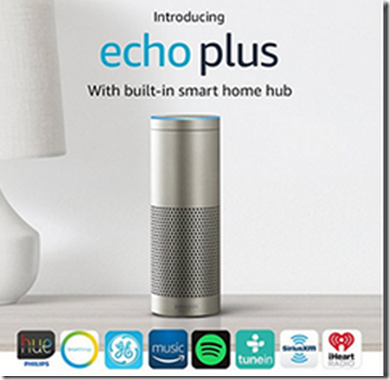 There was also the 2nd gen Echo released which was smaller and cheaper ($99) and had Dolby Sound built in.

All of these items can be pre-Ordered today with the exception of the trivia buzzers due out around holiday time.

Be sure to check out the rest of my #IOT posts by clicking the hashtag link.