The Great Debate : Citrix vs. VMware

If the Blogosphere was a campaign trail, then ‘The Thilla in California’ would have been the first primetime debate!  And Chris Wolf did a great Bob Schieffer job at moderating.

Citrix’s Simon Crosby and VMware’s Scott Drummonds recently participated in a 40 minute debate on their respective Hypervisor’s performance hosted by the Burton Group.  Like the televised Presidential debates of the past, I think this did little to sway people from either camp.  If you are a VMware fan, you will have been proud of Scott’s performance and if you were a Citrix fan, Simon did not disappoint!   However, if you were an undecided, the debate just reinforced the fact that you need to look at each side on your own and see how their offerings apply to your particular situation.  As a technology and political debate geek, I did enjoy the back and forth between combatants defending and deflecting jabs and barbs by the other all while remaining very cordial and professional.  I do hope to see more of these considering the head to head nature of the technology offerings. 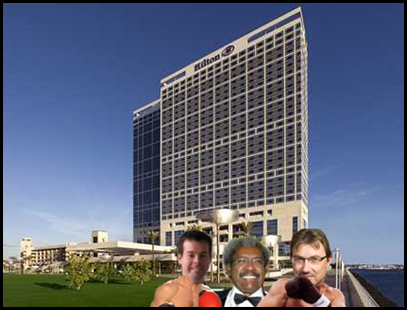 I assume that like the Ralph Nader campaign of 2008, Microsoft Hyper-V just wasn’t a serious enough contender at the time to warrant debate representation. 🙂