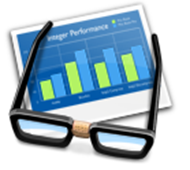 Chris Hahn made some interesting networking observations recently at a client :

I was testing provisioned XP desktops at [CENSORED] today, and I noticed that the provisioned XP VM performance seemed very slow, though no timeouts were showing up in the target device systray application.  I had been using the new VMXNet3 network adapter, which is included with vSphere.  I switched back to the old “flexible” adapter (vlance / vmxnet), and boot times were noticeably improved.  For now I would suggest not using the VMXNet3 adapter, and check which adapter you are using if you are seeing performance issues.

Has anyone used the other types of NICs available(VMXNET 2 or the E1000)?  Let us know in the comments.