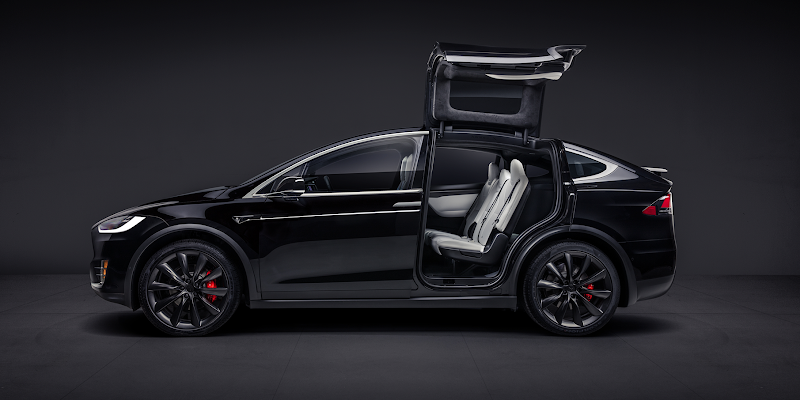 My buddy Marcos Velez sent me over some quick talking points related to his recent purchase of his Tesla Model X.  The X looks so cool.  I test drove one a few months back and it’s an AMAZING experience.  We have the Chevy Bolt EV and while it’s not a Tesla (and there is a huge difference), I have come to LOVE the one pedal driving that regenerative breaking affords.  I can drive hundreds of miles and barely touch the break ever.  It’s quite a shift in the way you drive.  So here are Marcos’ thoughts – 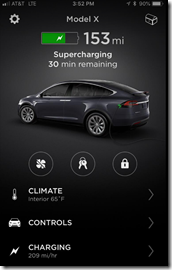 you *will* get lots of attention (and, questions!) so you better be OK with the idea of engaging with total strangers in conversation, sometimes for what feels like long periods of time.

– the above is particularly true if driving a Model X, as seemingly everybody wants to see the falcon wing doors in action.

– Tesla SuperChargers are a game changer for the EV industry. No one has anything even remotely close in terms of performance. Once you have recharged using one (at a rate of about 300 – 400 miles per hour), you will never want to use anything else.

– in terms of responsiveness and acceleration, driving a Tesla is about the same feeling as riding a motorcycle: instant feedback and breathtaking acceleration.

– most common question: “so, does it drive itself?”

– second most common question: “how much did it cost?”

Just a short blurb on Tesla ownership from someone on the ground who actually owns one. : –)  Other than the Superchargers and the Falcon Wing Doors, my Bolt is pretty close. haha

If you are interested in test driving a Tesla (I HIGHLY recommend it – even if you aren’t going to buy), you can use the link here (https://ts.la/giancarlo3622) to get free supercharging and $500 credit.

Hopefully Marcos will keep us updated on his further adventures with his X.  I’ll be curious about his thoughts on it after 6 months and then a year.