Yesterday, Amazon had a surprise (at least to me) hardware event where they released a boat load of new Alexa enabled hardware devices!   Some to me where completely unnecessary but then there were some that really just made me say ‘Amazon, take my money’.  I pre-ordered those items immediately.   So what stuff am I most excited about?

Echo Auto: This by far and away was the single most enticing item for me.  I love the idea of having Alexa in the car for some reason.  I’ve even considered mounting a dot in the car in the past but really just never got around to it.  Now I don’t have to. 😉 The Echo Auto is a small little card deck sized device with 8 microphones that is powered by USB (or car adapter) that connects via Bluetooth to your phones for internet access.   I have CarPlay so you might be wondering what type of things this Alexa might be useful for – The biggest will be LOCATION BASED ROUTINES.  Alexa will know where you are (for instance HOME) and then turn on your lights or open your garage door or do any other number of things that Alexa in the house can do.  I’m pretty stoked for that.  And the price point … 25 bucks with invite code.. No brainer for me.  How do you get an invite code? Just click the link :  https://amzn.to/2PUCQJK – I really think this one is going to be a big winner.

The next one up for me that I want is the new Echo Plus.  I currently have about 8 echoes around the house so why would I need a new plus model?  One reason again. Local Voice Processing.  Internet goes down, you can still use Alexa to control your lights and issue local commands.  Combine that with my Tesla PowerWall strategy ( https://www.vcloudinfo.com/2018/03/first-real-time-outage-using-tesla.html ) and I think I have a pretty solid solution for my Smart Home.   I might just need one of these in the house but for now, I’m pretty excited about it.  I actually hope that Amazon will push this software down to the existing crop of older echoes.  Not sure if the hardware can support it but if so, that will be amazing too. 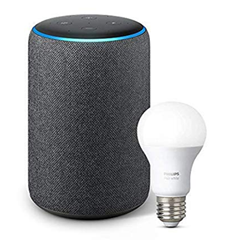 Speaking of software stuff : Alexa Guard was announced.  In my case, I have all of these echoes around the house, why not make them sentries standing guard when we are not around.  Alexa Guard will allow you to tell Alexa when you leave (or combine it with Auto’s location based routines) to turn on guard mode and then all of your echoes around the home will listen for Breaking Glass or Sirens (if you have a siren based alarm).  If heard, you can kick off additional Routines and of course get notifications.  That is great!  Reusing existing hardware in new ways.  Thanks Amazon!

There was also the standard upgrades to the Dot, Plus and Show.  A new release of an Echo Sub(woofer) but that doesn’t call to me the way the others do.  There was also an Echo AMP but I have my own solution for that so not that big of a deal for me either. 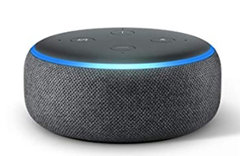 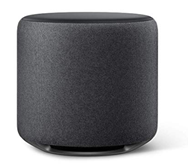 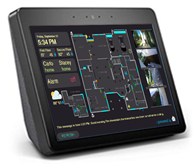 The things that missed for me were the Echo Microwave, Wall Clock, Smart plug (although I can see this also doing well for some) and input.  The Input is interesting since it is just a MIC that can be connected to external speakers.  Seems like a great idea but it’s basically the same price as the DOT so I think I would just stick with the DOT in situations where I needed more microphones.

The only other one that I think will also do well is the Fire TV Recast.  This to me will be a TabloTV Killer.   I have TabloTV so I don’t have a need for the new ReCast but it’s basically a box that you can connect an antennae to and then record and stream OTA channels to other devices.  This will help a lot of people join the #CordCutting movement.

That was about it for the announcements and updates.   Some of the stuff is shipping now, most of it will be rolled out before the end of year.

As I get the different pieces, I’ll be sure to add to my Repo and blog about it.  For some of the cooler stuff, I’ll hopefully be able to put up videos on my new vCloudinfo Channel.

You can also check out the announcements from last year to see what flopped and what didn’t.
(https://www.vcloudinfo.com/2017/09/new-alexa-goodies-announced.html)