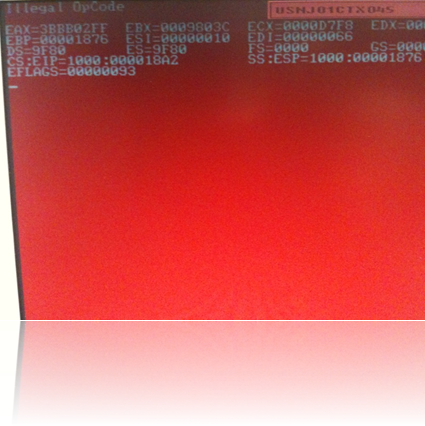 Apparently, this occurs with some firmware versions of the embedded NICs in the HPs and in situations where you are trying to PXE boot the machines.  In my particular situation, I was working with Citrix Provisioning Services and was trying to PXE boot a vDisk to the G6.  This screen would appear pretty quickly after the initial PXE communication began.  I could avoid the error when booting to the Hard Disk and recreate it when choosing to Network Boot.

After a little Googling around, I was hoping that it might just be something that newer firmware would fix.  I went and downloaded new firmware from here and here.

The firmware indeed fixed my Red Screen of Death.  Whew!

Photography credit goes to Chris Hahn and his iPhone! (I left my berry at the desk!?!)