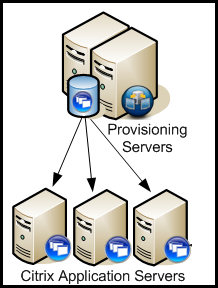 The prior versions already had offline database support for local network fault tolerance and now with support for the SQL server database mirroring, DR solutions will be easier to architect.

Aaron Silber did notice an interesting blurb in the release notes concerning ARP Cache timeouts for Vista/W2K8 servers that you may want to take note of :

The default lifespan of ARP cache entries was lowered from 10min in Windows Server 2003 to a random value between 15 and 45sec in Vista/W2K8. As a result, the PVS bootstraps are twenty times more likely to experience a timeout during a Vista/W2K8 boot. The workaround is to increase the ARP cache entry lifespan for PVS-bound NICs:

1 Open a command shell window. At the command prompt, enter the following command:

2. To set the ARP cache entry lifespan to 600 seconds, enter the following command:

3. To verify the new setting, enter the following command: