Some VDI Myths and a PDF!

A couple of weeks ago, I had the opportunity to help present at a Goldman Sachs’ hedge fund event with my CIO, Phil Alberta.  The event brought together about 70- or so CIO/CTOs from various hedge funds that Goldman does business with.  We ran a breakout workshop that spoke about and worked through challenges and some of the decisions involved in a VDI project/deployment. 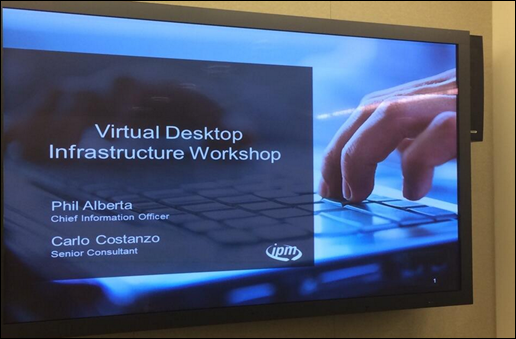 We ran 3 very interactive sessions and here were some the takeaways we got from the audience (via a show of hands) that I thought were interesting:

I was actually surprised to see so many View installs with the level of XenApp penetration already in the crowd.  I’ve normally thought that once in bed with Citrix XA, Netscalers, Web Interface etc… XenDesktop becomes the natural progression for most clients.

As a takeaway for the audience, Phil put together a high level list of some of the VDI myths he has come across while talking with clients and engineers alike.  His presentation (which I will try to get him to link via SlideShare) was built around confronting and knocking down a lot of these myths.

You can read the ‘Myth’ paper here.