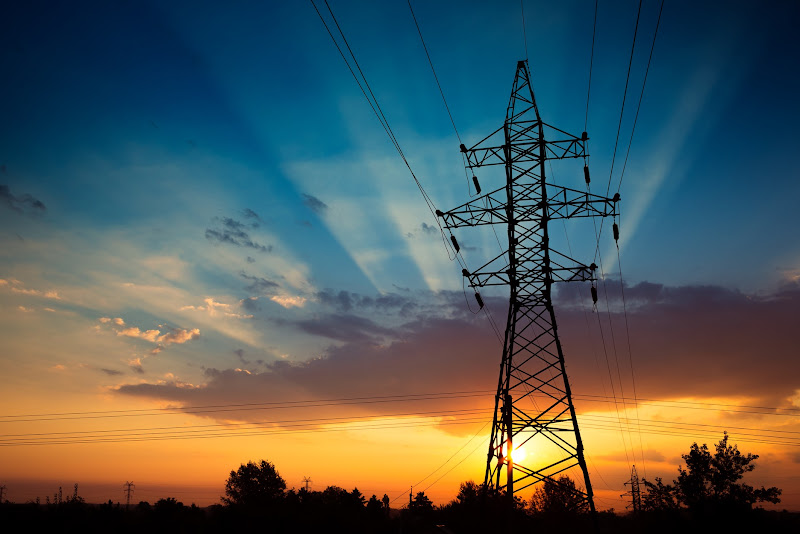 If you have been following my Solar journey as of late, you might know that I finally had the system turned on a few weeks ago.  Energy production is in full swing and things are really going great.  As a quick recap, I have a 16.5 KwH system with a 13.5 KwH Tesla PowerWall attached to it.  In Florida, we have net metering so I can send any excess energy back to the grid BUT in the event of a power outage, you can only run your panels if you have an onsite battery.  So we have the battery so that we can stay lit 24/7 regardless of the power company.   That’s the design theory at least.

A few days ago, we had our first real world test.   We had a 2.5 hour black out in my neighborhood due to some heavy winds.  I don’t even think it was that bad, but obviously it was bad enough to knock out large portions of customers on the clearly very fragile power grid coming to our development.  Unfortunately, from a data perspective, we weren’t home when the actual power first got knocked offline but did come home in the middle of it.  Around 8pm, I started getting IOT alerts that devices were offline and then one from my Tesla app that the PowerWall had kicked in.  We drove home around 10pm and the entire neighborhood was dark.  We turned our corner and our house was completely lit up.  Landscaping lights, doorways, cameras, everything was working.  We pulled into the driveway, hit the garage door opener and the garage door lifted.  It was perfect actually!

This is exactly what I bought the PowerWall for.  This was a no nonsense, no maintenance, safe, whole house generator.   Heck, we weren’t even home when the power switched over.  Once we walked into the house, the smart lights kicked in and everything was honestly exactly how it would have been had the Duke grid been online.  EXCEPT THE GRID WAS DOWN.  In that sense, it was quite amazing that everything was totally fine in the house while all the neighbors were dark.

There were a few issues that I need to figure out though.  Internet was offline so the Alexa voice controls were not useful.  This meant flipping lights on with the GASP switches or using our phones.   Not the end of the world but definitely not what we’ve grown accustomed to.   I think that can be fixed by going with ATT Fiber (which is available in the neighborhood).  My current Spectrum internet has a distribution point in my neighborhood that goes offline when the neighborhood loses power.   I don’t think that’s the case with the new ATT fiber station but I have to investigate more.

The other issue we had was when the PW had to hand back power control to the grid.  After a rock solid 2.5 hours, the grid started coming back online.  The PowerWall sensed that and handed the control back to the power company and the signal dropped again.  This created some light flickers in the house and it did it at least 4 more times over the next 10 minutes.  This ping ponging should not have happened so I have opened up a case with the PowerWall engineers.  Hopefully there is a setting that we can tweak to have the PowerWall keep the connection open until the grid power is stable for X amount of minutes.  This will avoid the flickers or at least cut them down to the 2 times power is switched over.  Of course during the day when the Solar panels are providing power to the house, I don’t even think the transfer would have registered a blip.  I’ll have to do some testing on that.

But overall, the system worked great and I’m super happy with my purchase from Tesla.  A couple of tweaks to get it from 95% awesome to 100% awesome but no major complaints!

If you are interested in learning more about Solar program, there is a great referral program that you can use that gets me some credit but will give you an extra 5 years on the warranty (25 instead of 20) on the solar system.
Share your referral code: https://ts.la/giancarlo3622 can give five friends a 5-year extended limited warranty with the purchase of a Tesla solar system. 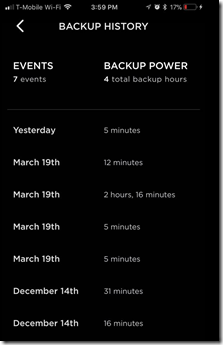