Unless you have been stuck under a rock, you know that VMware made their vSphere announcement last week.  There are plenty of blogs to read to get the latest on the new release.  Chris Hahn attended one of the many events and wrote up some of the parts that he thought were interesting in the new flagship product. 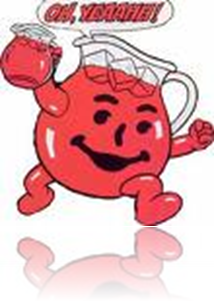 He attended a vSphere training.  Below are a highlights of some of the new features in vSphere (VI 4.0).

Its fully 64bit.  This means no support for 32bit only hardware.  If your servers are more than 3 years old, or still running ESX 2.5, they probably won’t run vSphere.  Dell 6600s for example will not run vSphere.  The service console is also now encapsulated into a VMDK file, like other VMs.

Storage plugins like EMC PowerPath are now supported.  They have also rewritten the iSCSI initiator with a number of performance enhancements.  It no longer needs a service console connection and it also supports jumbo frames and multipathing.  Virtual Disks are now thin provisioned by default, and there is an option in the GUI to “inflate” or “deflate” the VMDK.  This should save a lot of storage space. They also now support growing a VMFS volume, so you no longer need to add extents.

This is now fully supported in the VI client.  No third party plugins or command line are needed.

When you enable this on a VM, a duplicate VM is made on another host, and ESX keeps the two workloads in sync.  The primary copy fails, the secondary takes over and a new secondary is created.

This is a new security API for protecting VMs.  A security VM appliance can intercept storage I/O without installing an agent on each VM.

Virtual Appliance that lets you monitor and restrict traffic between VMs.

You can now hot add CPU, memory, and other PCI devices on supported guests (Windows 2008, some newer linux).  New Para virtualized network and storage drivers are now available.  There is also now IDE disk support in ESX. This should allow VMs with IDE disks that only previously worked on VMware Workstation to run in ESX.

Set a host template configuration (storage, networking configuration, etc), and it gets applied automatically to new hosts joining the cluster.

They have scrapped FlexLM and the license server, and switched back to license codes.

vCenter now supports Windows 2008 and SQL 2008.  There are also  a lot of enhancements to the alerting functionality.   You can now setup alerts on VMFS disk usage, storage disconnections, snapshot usage, etc.  It looks much better than the basic alerts available in earlier versions.