Why I HATE Apple’s CarPlay.

I’m part of an IOS household.  Although, if I am truthful, Amazon really has the largest presence in my Smart Home.  But from a mobile perspective, IOS is the current reigning champion.  With the new Chevy Bolt EV in my garage now, I was super excited that I had a car that properly supported CarPlay.  Although the Chevy Bolt EV does not support Wireless CarPlay (like some 2018 models), I was still super excited. 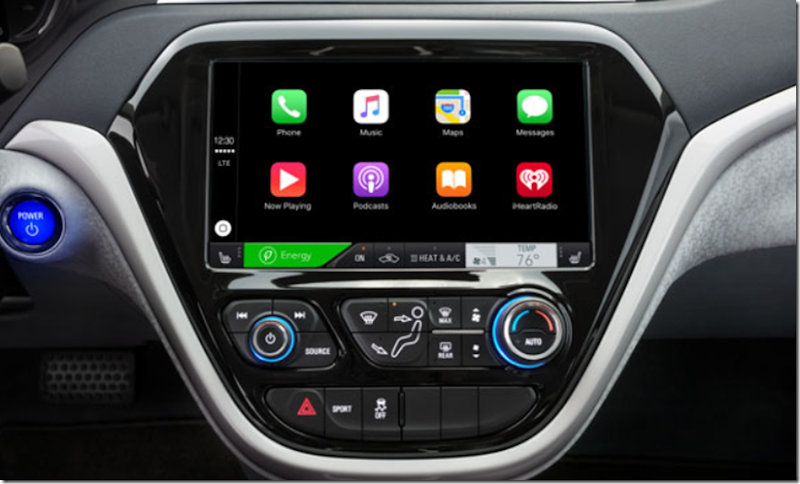 We will just jump to the end of the story now and I’ll tell you again that I really hate it.  The two biggest reasons were my absolute dependency on Waze and my naivety on how CarPlay exactly works.   I’ll start with the second one first.  I was under the impression that CarPlay was more like Apple Mirroring.  Plug in your IOS device and the screen will get mirrored up on your Car’s Dash.  That would have been awesome except that I was COMPLETELY wrong on that entirely.  REALITY: Plug my iPhone into the USB adapter in the car and just a few apps show up on the dash.  Apple Maps, Amazon Music, Pandora, Messages and Music.   No Waze and no Google Maps.  Bottom-Line, I just don’t trust Apple Maps to get me to my location in the most efficient manner.  Waze completely earned that trust and it will be tough for me to drop it.  I find myself running both Apple Maps on the Dash and then running Waze on another phone or in the background.  Many times, Apple Maps lets me down.

So CarPlay is a REALLY limited subset of applications that Apple has approved for Driving use.  Clearly the battle between Google and Apple has resulted in Waze and Google Maps not making it into that VERY short list.  That sucks.  But there are also a bunch of other apps that are also missing.  My Garage Door opener app, my Hue light control app, even Apple’s Home app are missing.  It’d be nice to pull into the driveway and be able to hit a button on the Dash to open the garage via the Garadget App.   Since I also drive an Electric Vehicle, I often have a need to pull up specialized map programs like PlugShare or ChargePoint to find charging stations. Even the Chevy App is missing.  Every time I run into a situation where I need an app that is NOT in CarPlay, I hate it a little bit more.  It’s becoming a very toxic relationship.  Thankfully Siri has been holding her own in the car.  If not, I’m pretty sure I’d have an Android phone and Alexa Dot sitting in the car right now.

So I’m really not sure how Android Auto behaves but I am now flirting with the idea of switching mobile platforms.  The driving experience has become so frustrating that switching to an Android now seems reasonable.   I’d have to do some testing to see if Android would provide the experience I would expect but just allowing Waze would be a huge step forward.

In the end, if Apple would just allow Waze on the platform, I’d be happy with all other shortcomings of the system but I’m pretty sure that might not never happen.  Maybe it’s time to look into the Jailbreaking scene again.

Am I the only one with a deep distrust of Apple Map’s navigational abilities? Is Android Auto no better in it’s limited application set? Let me know in the comments.