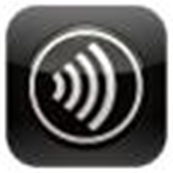 The new Citrix Receiver 4.2.1 was released last week.  The new client has a lot of new features including iOS 4.2 support, On Screen Track pad, Access Gateway 5 support and promises faster session support.  Sounds great but there is a catch.  If your users have already configured the receiver for the environment, upgrading the client will remove the profile settings forcing them to reenter all information in the receiver for access.  Definitely something you will want to users to know about before they start pressing the upgrade button in the App Store.  Not necessarily an unknown bug since this is noted at the bottom of the What’s New.

I’m sure TONS of users will read that and heed its warning.

After upgrading, the UI will also look different to users so if they are still having problems after upgrading their Receiver to the new version, you can always revert them back to the old version.


To do so, Marcos Velez sent over the following steps: